What One Does Between Rolex and The Derby

Rolex was WAY COOL! I have put up (too many) photos on Flickr. You can view them here. The winner was William Fox-Pitt on Cool Mountain who is sponsored by Albion Saddles! Second place was Phillip Dutton on Woodburn and third was Becky Holder and Courageous Comet!

Stadium jumping made as well as "did in" many of the competitors. The excitement was palpable. I felt so badly for Kim Severson and Tipperary Liadhnan as they went around. It was just a disasterous ride around the arena with knock downs everywhere. They had been in 2nd place until then. On the flip side, riders like Boyd Martin managed to put in a clean ride and moved up quite a few spots in the standings. You can see that Boyd was clearly thrilled... 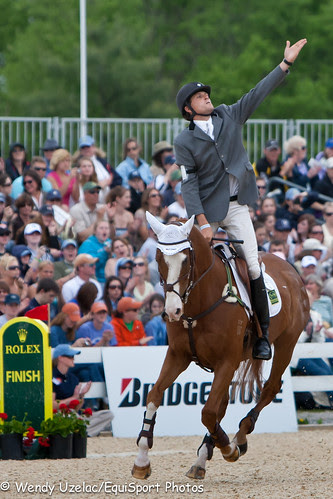 I love his reaction and that photo. William Fox-Pitt had a nice reaction after his ride as well. It was his first time winning Rolex Kentucky. 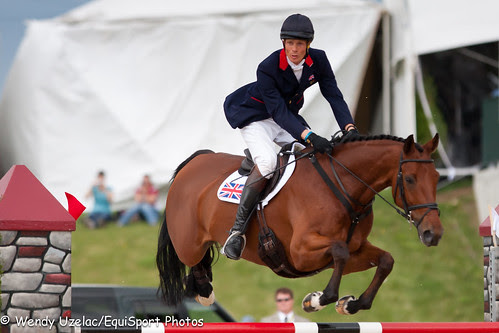 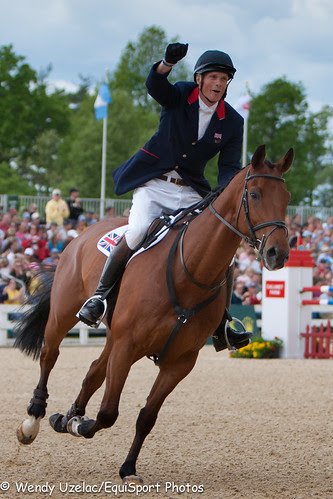 He's a beautiful rider and gave an entertaining interview afterwards for NBC Sports.

One of my photography friends was also at Rolex. It was her first time shooting there as well and she had one heck of a day during the cross country portion. As a photographer you sometimes get presented with situations where you have to ask yourself "Do I keep shooting? Do I have the stomach to keep shooting?" My friend, Candice had to ask herself those questions. She was positioned in a spot where there were 3 horrific falls and thankfully everyone (horse and riders) came out ok. Be warned the photos may not be for everyone but you can see her photos at this link.

Interestingly, all three riders that had those horrible falls were wearing an inflatable vest and they came out of their situations in fairly good order.

Monday came around and Matt and I headed over to Churchill Downs to shoot the Derby and Oaks contenders as they worked. I had a good day with my photos being published in the news section of www.kentuckyderby.com, Brisnet and the New York Times blog called The Rail.

Then that afternoon Sarah K. Andrew fired off a text message to us asking if we wanted to go look for photo ops around the bluegrass area. Of course we said "Heck yea!" Matt was our tour guide and we visited a couple farms - Vinery, Airdrie Stud and Stonewall Farm. Vinery brought out Pioneer Of The Nile for us (2nd in last year's Derby) and he seemed very full of himself and one proud dude... 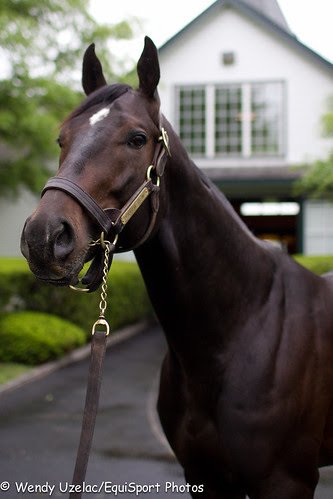 Sarah got a really cool shot of Kodiak Kowboy with Vinery's trademark lamp in the background.

And while we drove through the property at Airdrie Stud, we came across some very young, very cute foals. My guess is that they are only a day or two old. 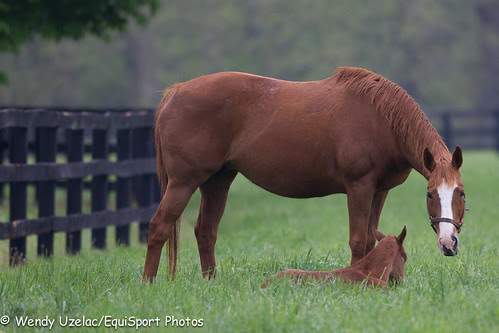 and this little one was extremely brave and curious about us 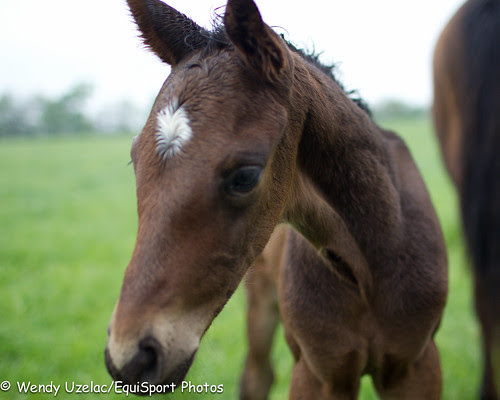 But this cutie, a little colt, told me he wants to be my next dressage prospect when he grows up ;) 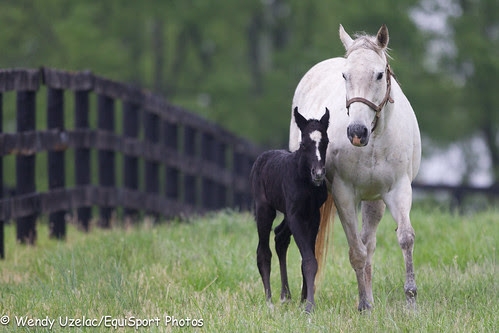 not only does he have the cutest blaze but he has 4 white socks - sigh... 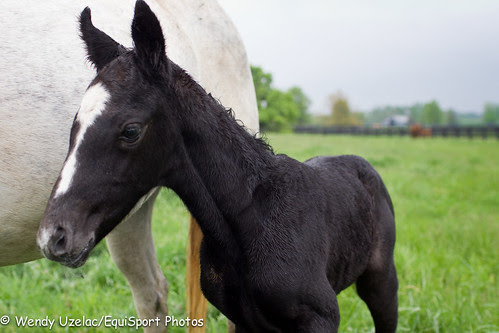 Tuesday is our off day and Wednesday/Thursday we need to tend to some work for Matt's clients. As they say, we must make hay while the sun shines. I sure hope the sun finds it's way back out soon!
Posted by Wendy at 1:38 PM