What Chiropractic Work Can Do

I realize it's a bit quick to post again however I can't contain myself!

What a difference in Canoodler after his chiropractic treatment!

This is our "Before" video:


and this is our after video taken the day after his treatment:

He's still very inflexible but now he's not inverted and avoiding pain.  He's not above my hands! So happy with this!

Finally getting around to having some time for Canoodler!

Canoodler is like no Thoroughbred I know. He's huge, big thick boned with correctly proportioned hooves.  He is completely out of shape right now but that will change as we go along. 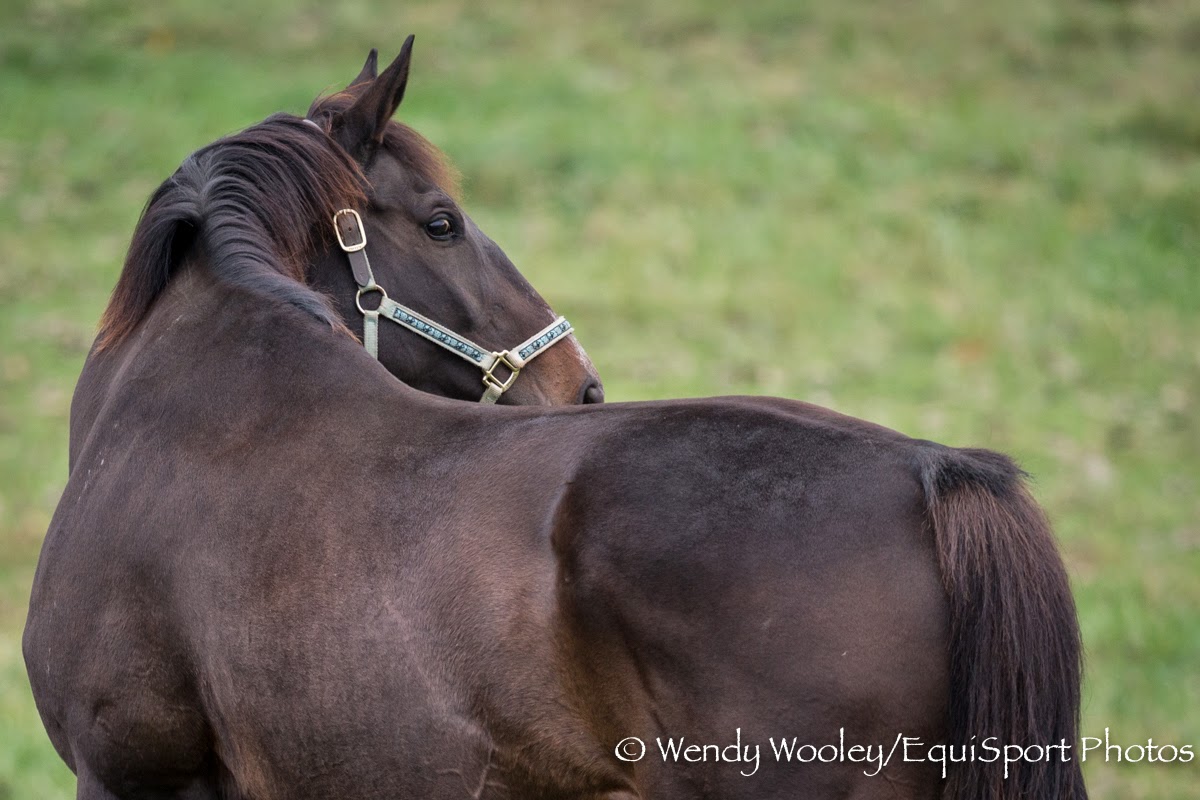 Due to his big boned self, I was unable to give him any Toby/Ollie hand-me-downs. So I ordered a lovely new halter from Quillin's Leather and Halter Tack in Paris, KY. 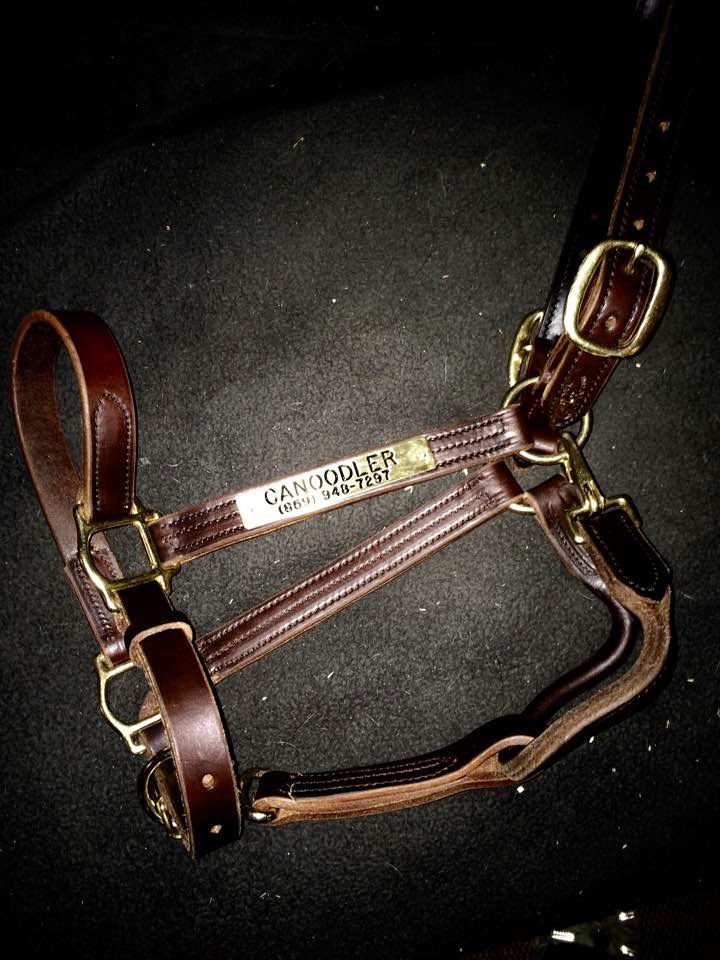 It's a warmblood size and I had a nameplate put on with his name and my phone number (in case he ever escapes me at a horse show or other outing).  I have to say, the leather is fantastic and it's super well made!  I'm very happy with the purchase.

The other new purchase was a bridle that would fit his big head. I had used Ollie's bridle for a couple test rides but I had the buckles let out to make it as big as I could. Also, the leather is more delicate to fit Ollie's small dished face.  So I went to Ebay and found a great bridle for a very good price - We got a brand new Red Barn Centerline dressage bridle in the oversize size. It will look great on him!  Super nice leather too!  I'm very happy with it but at the time of writing this, I haven't put it on him yet. I don't anticipate any problems.

As for Canoodler himself, he has some issues I want to point out so you know what I'm working on. One issue that I can't do too much about are his front feet.  The Noodle is pigeon toed.  This will cause him to paddle in his movements and wear out the outer side of his front hooves.  This will also quickly wear out the outside heel and make it underslung thus stressing the outside of his other leg joints.  So he has front shoes on to protect his hooves and allow his heels to grow out.

Once he had shoes put on, I got on him for a real test ride to see what we had.


Going to the left was not so great. His trot felt uneven and odd.  He could not pick up his left lead. He felt pretty good going to the right. His canter feels nice too, much like a rocking horse. He has a nice "go" button but not aggressive.  He had troubles holding a frame for more than a second or two.

We followed up the next day with a visit from our favorite equine chiropractor, Dr. Larkspur Carroll of Core Therapies. Canoodler didn't exactly trust her and kept one eye on her at all times but after a couple adjustments and releases by him (lots of licking and chewing), he was feeling much more comfortable.  He had a real problem in his lower neck ( C6b, C7b and his ribs near T9,T10,T11.  His TMJ (jaw) was also very very tight.  We think the lower neck area was caused from being ridden in a poor fitting saddle in the past. So we checked out my saddle on him.  Amazingly it's a perfect fit!!  What are the odds of that?! In fact, it fits so well that I was instructed to not put too much padding underneath the saddle as that will make it narrower.  So a single saddle pad with no fancy sheepskin 1/2 pad is how we will go.

The Noodle has very little in the way of topline muscles and a weak hind end. This is from years of never learning how to carry himself properly. This will be a slow process but we are going to improve his suppleness and strengthen him up so he can carry himself in a nice frame.  This will be lots of ground work so he can learn to balance himself without a rider as well as lots of trot work.

So that's where we are today.  He has a couple small spots of rain rot that I also need to treat but other than that, he's in good health and ready to get to work!