This time of year is always crazy busy for us. People don't seem to think about photos until they see the gorgeous fall color and then they say "Hey! We need to get photos of this!"  So that's been our life for the past couple of weeks.

To get you up to date on all our activities, Matt and I photograph weddings, all kinds of equestrian work, pets and architectural. It keeps us busy.  Then you add in the Keeneland race meet, Breeders Cup and the Fasig-Tipton Select Sale the Monday after the Breeders Cup and you can kiss our October goodbye!

So getting a new horse in the midst of my busy season is not ideal but we had to make it work. Canoodler has settled in well. He has such an even temperament.  Everyone at his new barn says he's "totally chill". The funniest part is that he instantly bonded with the burro, Peso. 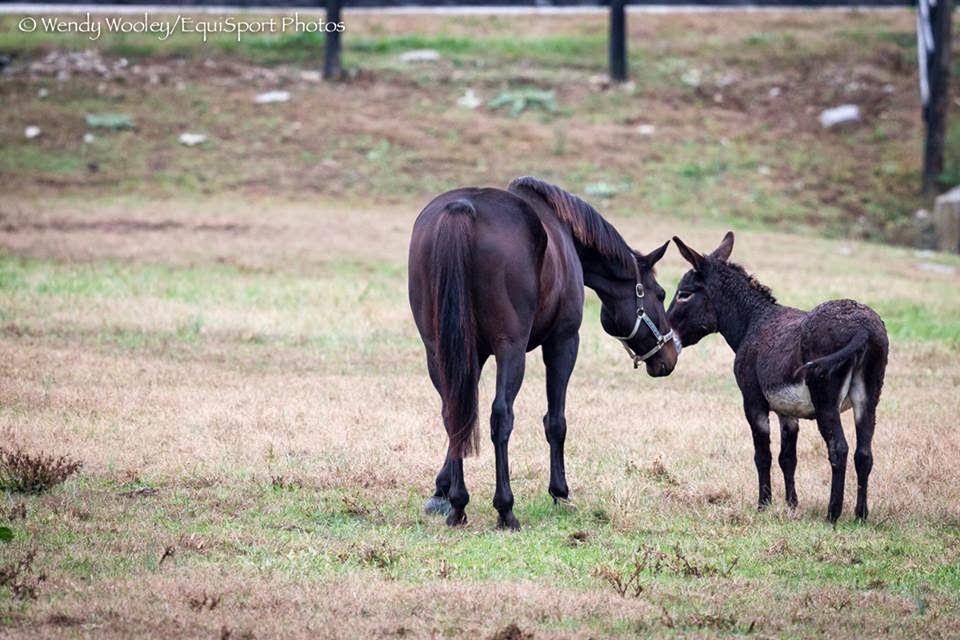 They make quite the pair out in the field. 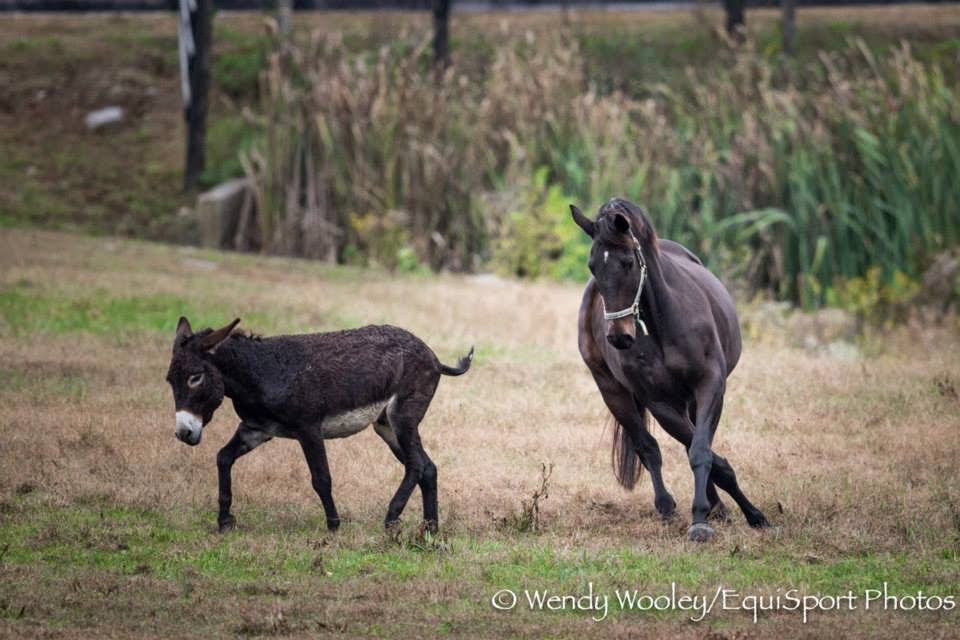 And in their first greeting, Canoodler was showing us some fancy dressage moves!

I haven't gotten on him yet. My plans are to test him out when I get back from the Breeders' Cup and we get past the Fasig-Tipton Select Sale and my "To Do" list becomes more manageable.

In the meantime, Matt & I are in California for the Breeders Cup.  You'll see our work on The Paulick Report. and The Racing Post.  Here is a link to our stuff from last year's BC!  Breeders Cup '13

Who do you guys like for the BC Classic? Or the Turf Mile now that Wise Dan isn't running?

Let's go back in time and remember some moments I posted about a horse named "Canoodler"...

It all began back in 2009 when I made an offer on the largest, cutest horse I've ever been around.. I'm going To Jinx it, and again I mention him a couple weeks later on Illinois Champions Day

Then his name is mentioned in cameos in a couple posts, here after the Preakness in 2009, then again here when I made an offer on Ollie, and then again from the Arlington Million. My most painful post about him was this one when I found out he was neglected at a hunter/jumper barn - what a day... and finally my last word about him in November of 2009 On The Bit. That was the last time I had any news on Canoodler. I always had an offer open for him and reminded his owner after each race that it still stood but was always turned down because of money. Or lack of money on my part.

That was until April of 2014. That's when I got an email from a young woman in Pennsylvania. She wrote..."Hey Wendy!  I recently purchased a TB gelding from auction and (after some tattoo deciphering) thought that I had a match.  So I googled the name and your website popped up with photos of him from spring of 2009!  His name is Canoodler and you were hoping to get him from the track."

My heart sank.  What you don't know is that oddly, on that same day, I talked about Canoodler to a friend and said "I always have wondered how he was doing." That exact same day!

The auction he went to was the New Holland Auction in Pennsylvania. It's essentially a last chance place for horses before they go to an unspeakable end. Some are lucky. Some are not. Thank you so much for making Canoodler a lucky one!

That email shook me up so much. I cried. I cried because he didn't deserve to go to such a place and I cried because I was so happy he found a home! I sent his new owner photos that I had of him from his racing days and wished them well!

Some time goes by and Canoodler's owner contacts me again. This time it's because she's putting him up for sale. He just isn't a good fit for her. Totally fair and good to say! However, I felt that I could handle all I could handle with 2 horses and said I could not take him. A few months later, I broke down.  He was now listed as "free to good home" and that always makes me worry because in my mind, this is a horse with a great deal of value. I loved him! Now I was constantly worrying about him. I realized that I would always worry about him. That's when I had a talk with my husband Matt. At first we both felt we could find him a great home but that lasted about 10 minutes. Canoodler needed to be in our home. 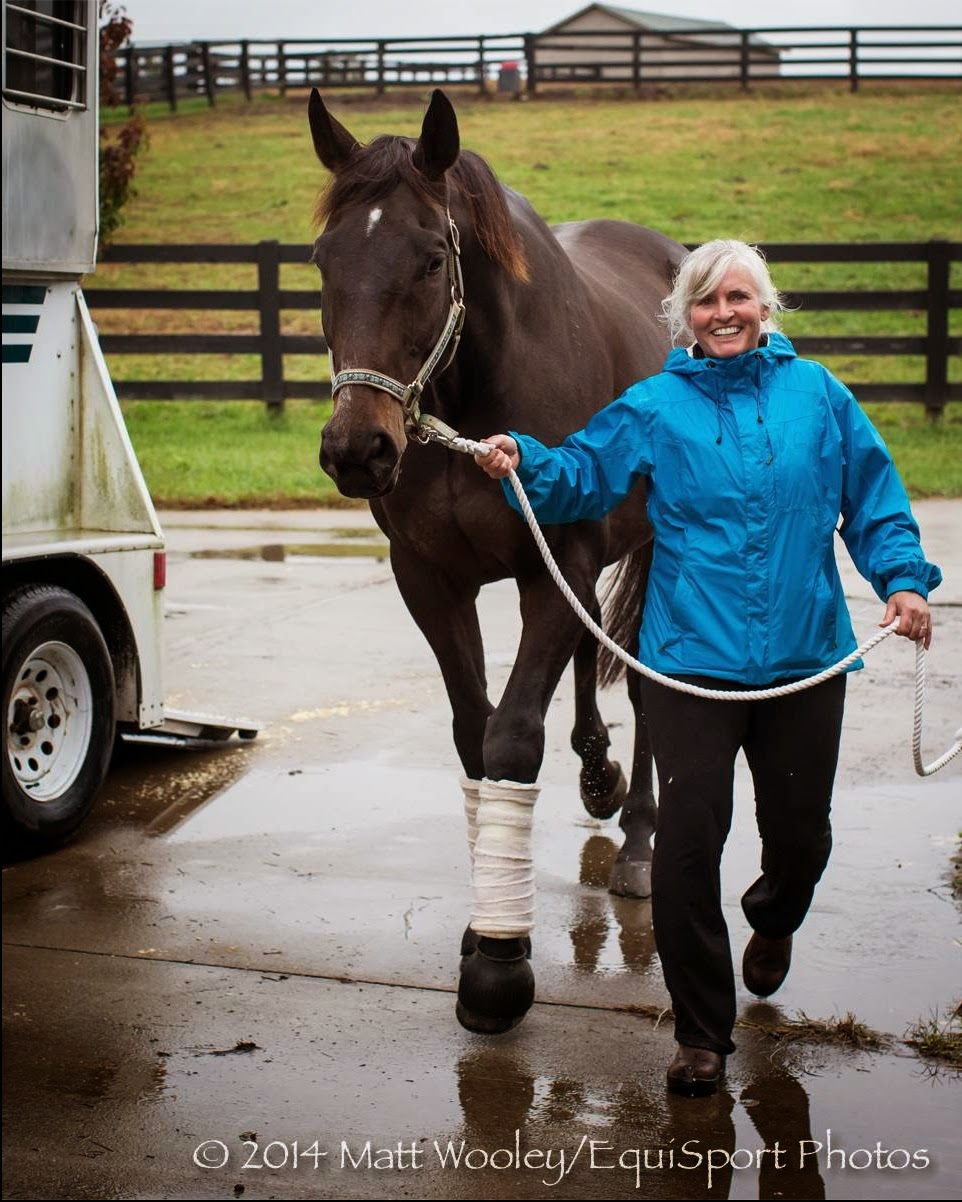 What I wasn't prepared for were all the people behind this decision and willing to make it happen!

I always knew the people that worked for and with Graham Motion were the best of the best. I just didn't have any idea how much they would dig down to help out one of their friends.  They made it happen for me since Canoodler, fortunately for me, was located very near by to them! So first off was to get him to a farm where a shipping company comes to and the handlers are some of the best equine professionals in the business. These would be my friends Fenella O'Flynn and Bridget McFadden. They operate a lay up facility called Gratton Farm where they have some pretty cool horses that need down time come to hang out. I once visited them when they had the race horse Pluck on their farm.  They had room and welcomed Canoodler for a few days until he would ship out.  The next piece of the puzzle was finding a shipper.  That's when Sue Kenny, the office manager at Herringswell Stables and Maggie Kimmitt, office assistant and photographer at Herringswell Stables took over. They contacted their people at Brook Ledge Horse Transportation.  They all made it happen without killing my piggy bank. I never could have gotten this kind of service and help without all of them! Brook Ledge was incredibly great to work with and happily loaded up Canoodler onto my little 2-horse trailer for me when I picked him up at their Lexington facility!  They even stopped to let me take their picture for the records. 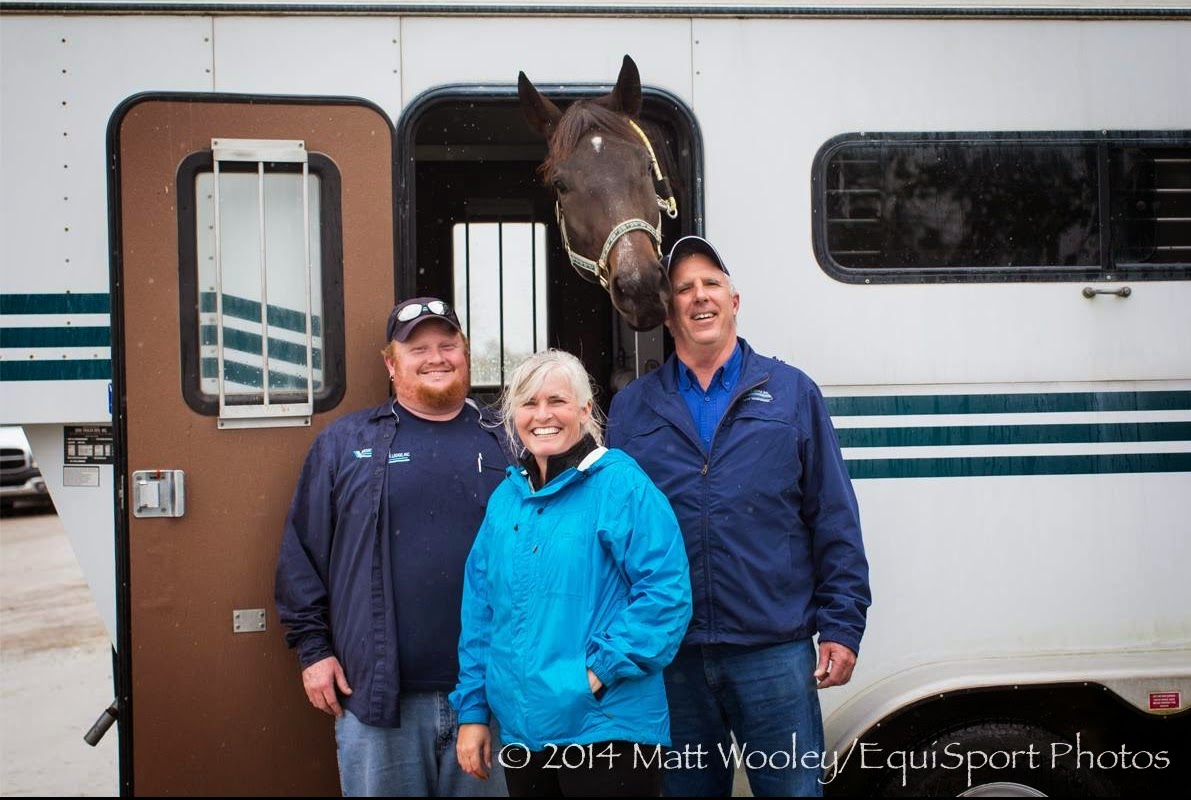 Canoodler was all about photo opportunites.

So here we are! I have 3 horses. One who is 24 yrs old and pretty much hangs out to care for Ollie.  Then I have 14 yr old Ollie who has been coming along in dressage but at the moment has a bruised hoof and needs a little time off to feel better and be less grumpy about riding.  And we now have 10 yr old Canoodler. I haven't ridden him yet and I have no idea what he can or cannot do. All I know is that he fox hunted for a few years after his racing days and because he was 10 yrs old, he was sent to the New Holland Auction.  Yes, that's what we were told by the gentleman that took him there.  His elderly female owner that fox hunted does not keep horses that are 10 or older.  Makes me sick to think of it.