I've been super busy and been a bad blogger lately.  I have found that when I had a scheduled lifestyle I had an easier time fitting in my blog posts.  But now, with my new life in Kentucky and becoming a full time photographer, I've been having a tough time fitting in blogging and reading all my friend's blogs!  I miss you guys!

Last weekend I went to Maryland and attended the Preakness.  It was a great experience with my first time shooting remote cameras.  Remote cameras are cameras set up in various places such as a metal "tree" or under the rail - as in my case.  I have a remote control on my hand held camera which makes the remote cameras fire when I fire my hand held.  I think I did pretty darn well!  Here are a couple of my remote shots:


I was a little disappointed that Animal Kingdom didn't win since I'm friends with the people who train him.  But he sure did have a great run to get up where he did when he was 18 lengths back at one point!

The next morning, I got to see Animal Kingdom in his stall at Herringswell Stables which is in the Fair Hill Training Center.   Animal Kingdom was doing well and was a bit playful as he tried to eat everyone's shirt off their back...
Then I came back home and tried to get back to a more normal and routine lifestyle.  This is when I noticed that aliens took my gray horse...

Ollie hadn't been worked in sometime so I decided the best way to get him into work mode again was to go back to basics and do exercises on the lunge line.

In my mind his biggest problem is his super high energy and nervousness.  My goal - get him to be methodical on the lunge line.  No yahooing, no head tossing, just simple circles of walk, trot and walk/trot transitions.  Ollie did exactly that.  He walked when I said walk, he trotted when I asked for trot, he went from trot to walk when I asked.  It was amazing!  I was so proud!  Not a single head toss, no protesting?  Nice little circles in a workman like attitude.    After we did that for a little while in both directions, we wandered over to the mounting block.  I got up on the mounting block, put my weight in the saddle and made him stand - which he did!  Work is done!  Good boy!

Next day, more of the same.  Same exact results.  Nice horse, no rushing around the circle, listened to every command, stood at the mounting block!

It sounds so basic but his whole attitude was what made it so exciting for me!  He was like a normal horse!  No inner Ollie telling him to "GO! GO! GO!"  It was a sweet, kind, gentle Ollie politely asking, "What's next?"

Next phase is to introduce canter in the same way.  No rushing or anxiousness on his part.   Part of my success is that I'm working him after he's been out all night long in the field and he's ready for his morning nap.  At least that's my theory.

I can't believe it's the middle of May and I haven't made a single post this month!

First was the photography workshop.  We had a GREAT time with our students for 3 days.  Just look at the work our students put together at the various bluegrass destinations we took them - Workshop Participants Gallery.

Then we had Kentucky Derby Weekend! 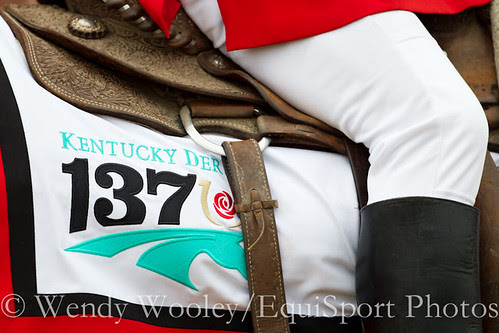 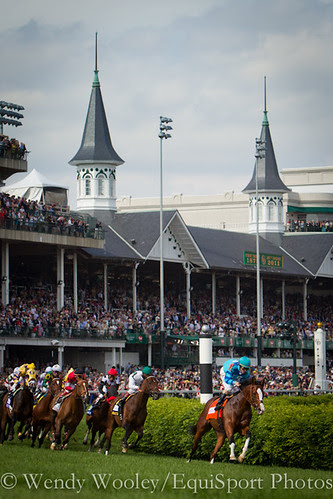 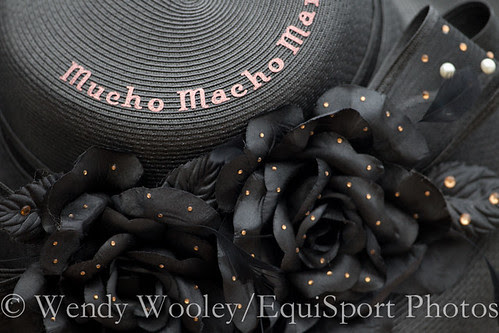 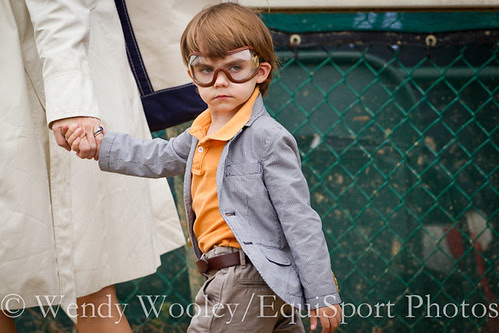 and the Derby winner was Animal Kingdom! Trained by my good friends at Herringswell Stables!! Woo hoo!! 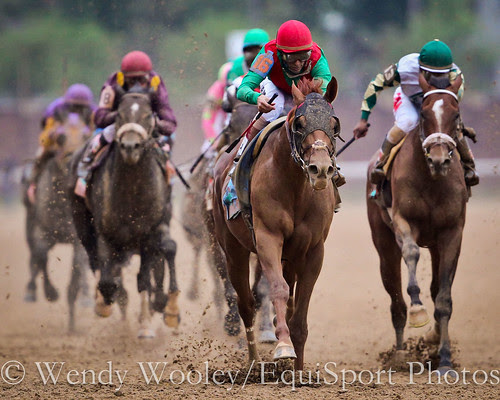 Matt and I are very psyched about Animal Kingdom winning.  I've been friends with the Herringswell crowd for several years and have always kept track of their horses.  Earlier in the Keeneland meet, we had gotten some shots of Animal Kingdom galloping early on in April.  He liked getting his pick of grass after his gallop so much that he didn't want to go back into the barn.  My friend Heather, who is his exercise rider, had to back him into the barn until one of the grooms got a lead line on him.  Funny guy! 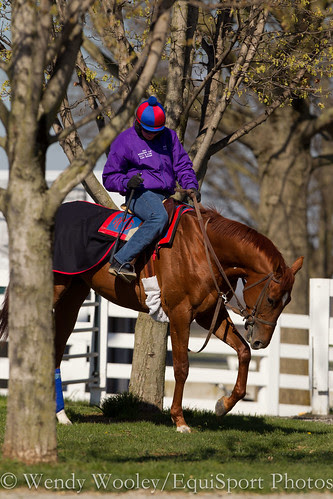 Matt, Alex Evers, Jessie Holmes and I had a great time shooting all weekend, enduring the ever changing weather and lack of sleep. We even had one of our workshop attendees help us out! Thanks Heather Smith! You can see our work here

Even after the Derby, Matt and I have been going full out with work.  It's been great fun!  And I'm continuing to get my pet photography business off the ground.

Most recently I had the privilege of shooting photos of a bunch of labs that belong to Bloodhorse Magazine writer, Lenny Shulman.  Besides writing, Lenny has a very entertaining video show he does with Steve Haskins called "And They're Off".    At any rate, I got to photograph Lenny with his 4 labs at his property which has the most lovely creek running through it... 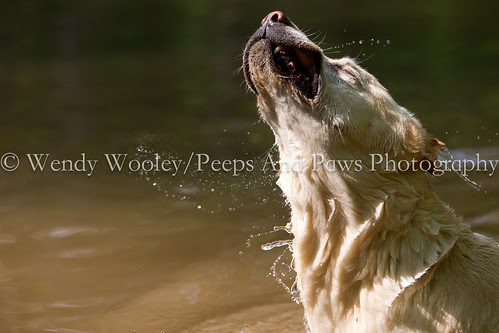 Then last night, Matt and I went to the Lexington Legends (Minor League baseball team) game.  It was "Bark In The Park" night where everyone was allowed to bring their dogs to the game.  It was highly entertaining.  If you're into dressed up, fun loving dogs then these pics are for you.

I apologize for the long post... and I'm leaving stuff out for next time!
Posted by Wendy at 9:54 PM 3 comments: