Things Are Going Well For Me and The Boys

It's a beautiful day outside - sunny, high 70's with beautiful puffy clouds.  And my two boys are getting the day off.

They are both doing well.  I've been working on putting weight on Toby and building up his top line.  It's not so easy when they get older.  But he's improving.  I upped his grain a bit and our rides consist of taking him up and down the hills in our fields.  Sometimes we pony Ollie with us but Ollie can be a pest to Toby so we don't do it all the time.  I try to ride him 2-3 times a week.  Nothing too strenuous for the old guy.  I just want to keep him healthy.

Ollie and I had another lesson with Julie last night.  We had been doing well and I'm working hard on my leg position.   Ollie was a complete saint to ride.  He moves well with alot of swing when we both become relaxed.  I'm doing much better with communicating with him too.  Last night, he was being so good and responsive that Julie pushed us to do more.  We worked on leg yields on a circle.  When I asked correctly, he became so nice and round!  It was a blast to ride.  Julie then asked us to canter.  I hadn't done too much with canter mostly because I wasn't certain of having any whoa.  My bad!  Ollie has the most wonderful rhythmic canter!  We were well balanced, relaxed and comfortable.  The only time where we struggled was in the transition.  I'd take a tighter grip on the reins and tip forward when I asked for canter.  Bad, bad, bad.   I'd end up bouncing on his back like a jumping bean.  Once I sat back, bent my knees, Ollie immediately stopped pulling and relaxed into his lovely canter.

Prior to the start of my lesson, I talked to Julie briefly about training for Ollie.  In the middle of the lesson, she said, "I don't need to train this guy!  He likes you so much that you can do it with our weekly lessons!"  I was busting with pride.  She said he tries his heart out for me and it'd be silly to have her ride him when he trusts me so much.  How many trainers say that?!  Also, I can get out to where Julie is located rather than her coming to me because  I finally bought a horse trailer!  It's a used 2 horse straight load gooseneck made by Gore.  It's in great shape and just perfect for my needs.  Owning a trailer opens up so many fun things for me and one of them is more riding lessons.

So things are going well for me and my boys. 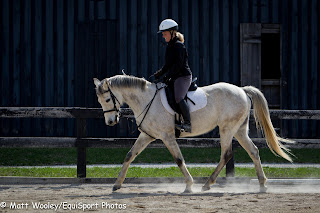 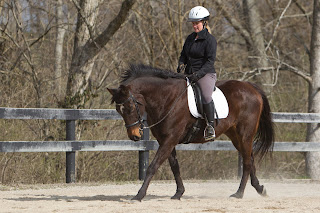 I'm heading back up to northern Michigan to pack up and close on my house up there.  It took close to 3 yrs to sell my home!

I won't be posting for the next week so I wanted to put up a quick post about the other evening when Matt and I thought we'd have a gorgeous sunset and we wanted to take some photos.  So we decided to head on over to Old Friends and take some pictures of the champions that live there.

Matt went over to take photos of Marquetry.  Marquetry is 24 yrs old and is the sweetest stallion I've ever been around.  Einstein is a close 2nd to him in sweetness...

Matt hopped into his paddock to grab some photos - this is with the approval of Michael Blowen.  One should never really go into the paddock of a stallion they don't know well... 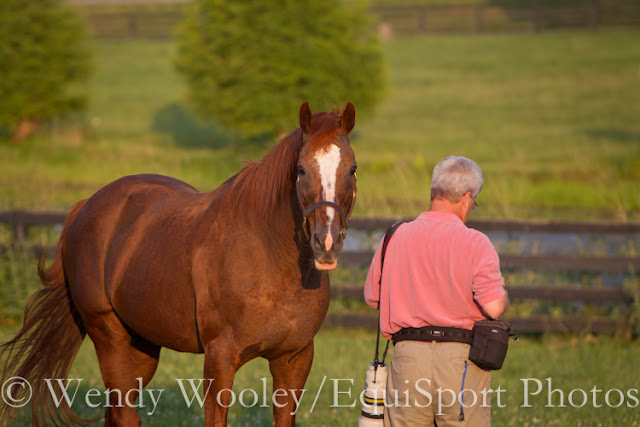 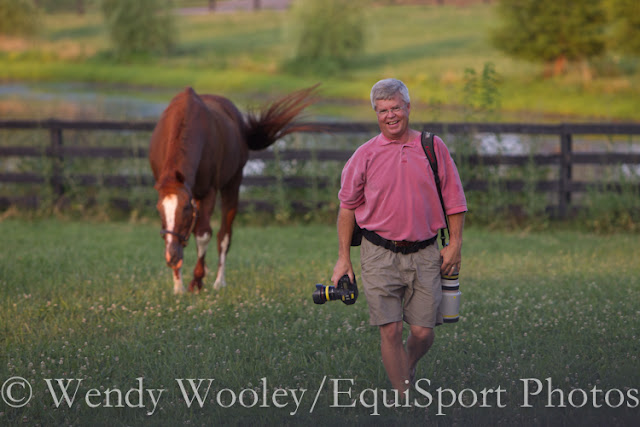 While Matt was shooting Marquetry (which he blogged about here with some cool photos), I went across the way to visit with Afternoon Deelites. 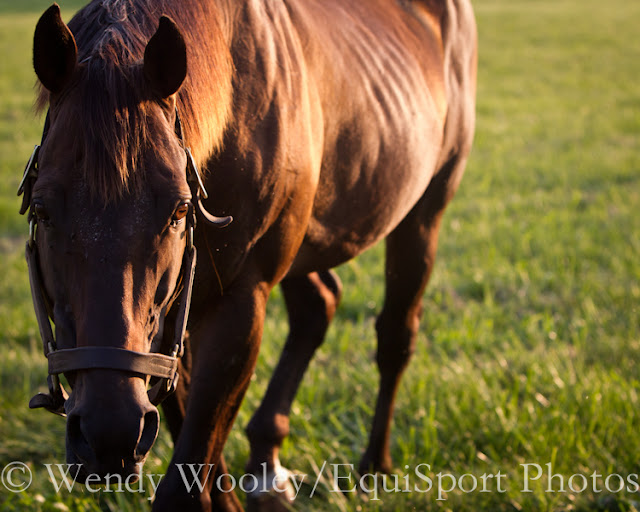 Afternoon Deelites was pensioned from stallion duty due to declining fertility earlier this year.  He raced as a homebred for Burt Bacharach and I believe Angie Dickinson had a share in him as well.  At any rate, Angie contacted the farm where Afternoon Deelites stood in Louisiana and got him retired to Old Friends so his fans could visit him.  Bloodhorse Magazine wrote a nice article about it which you can read here.

Michael Blowen came out to chat with us and while Matt and Michael were chatting away I saw a cool sunset happening and shot Afternoon Deelites in his new home at dusk. 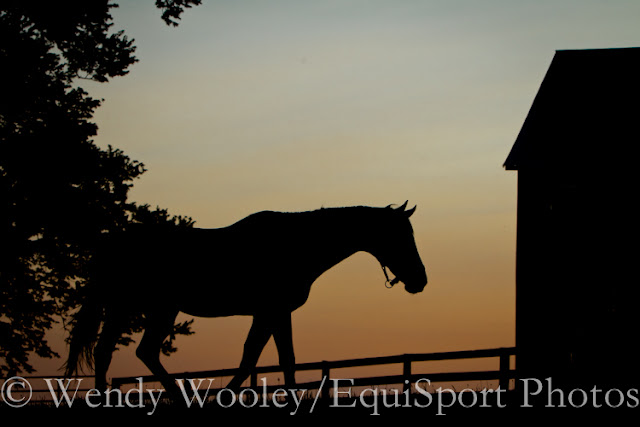 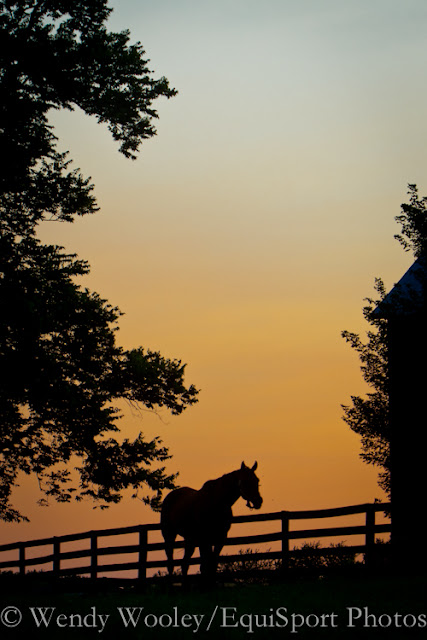