I am investigating slideshow software programs and wanted to test things out. This gives me a great opportunity to show off the images of Canoodler's first show! Of course I had to make it a blog post!

Reliving our first show at the Kentucky Horse Park...

I have so many things I want to say and so many emotions about the day that I've hesitated to post about our first horse show. I didn't know where to start!

First of all, I've wanted to take an off track thoroughbred I own to a dressage show since way back when I first started this blog. The horse I felt it was going to be about left me unexpectedly. The horse I hoped would do it after that, wasn't available to me at that time, the horse I got simply can't get to a show yet. Horses are like people and some are more nervous than others. It wouldn't be fair to take Ollie to a show, it wouldn't be fair to Ollie's well being.

So... when the "unavailable at that time" horse comes back into my life and we get to a show - tons of happy emotions for me! 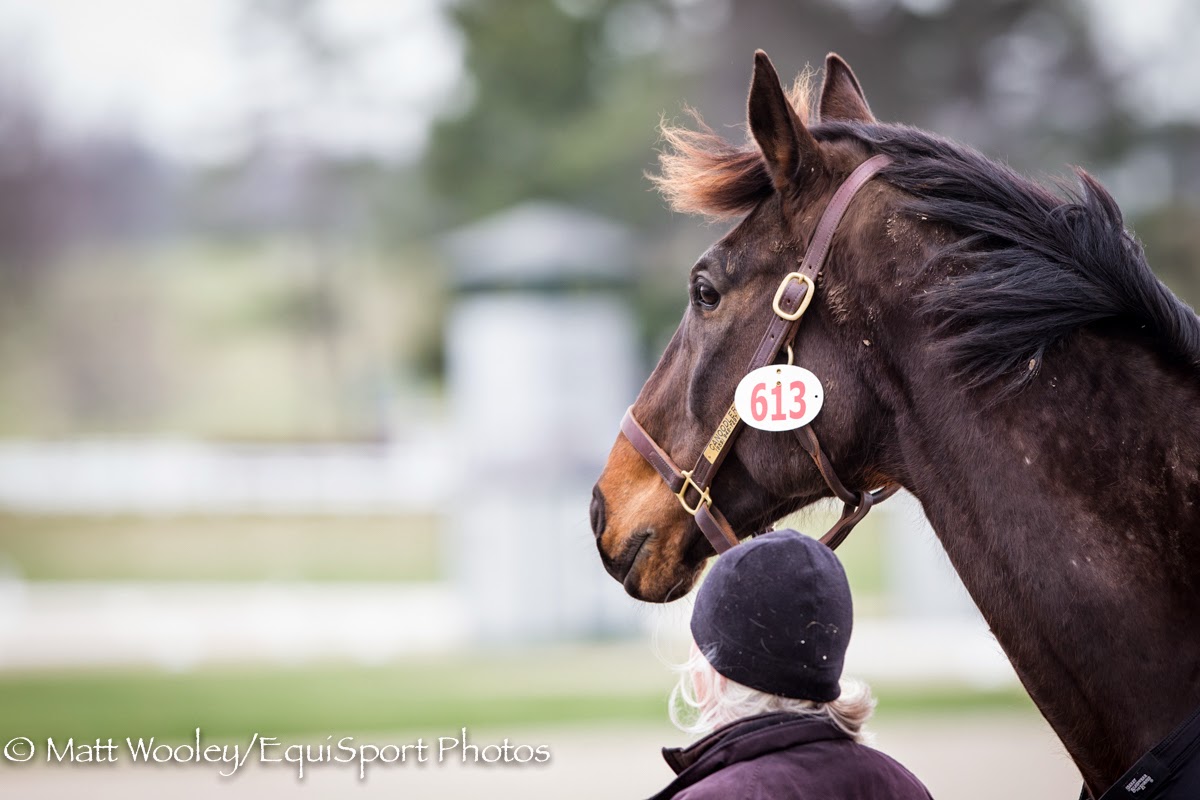 Canoodler, my "unavailable at that time" horse, is a quiet steady guy 90% of the time at home. In the back of my head were his previous people who said he was "hot". I'd just never had a "hot" moment with him. Hot to me is Ollie. Ollie was bucking and kicking all by himself today because he saw me and was impatient to get into the barn to eat. That's what "hot" means to me. Lots of energy all the time.  Noodle is usually slow and steady. So I felt he wouldn't be too bad at a show. And for a first show, he wasn't too bad in my book. He was far from good, but he didn't rear, he didn't buck, he just would try to "run away" when he became afraid.

Because of his fear, I felt having a confident rider on him would help him more than having me on him. I had our trainer ride him for the show. Emily Brollier understands thoroughbreds and nervous horses. She was amazing to me and I learned a lot watching her. She worked to occupy Canoodler's brain in the warm up. They were never on a straight line, he was always doing something bendy and changing directions all the time.

He tried to listen to her. He was truly trying but every now and again he'd do this: 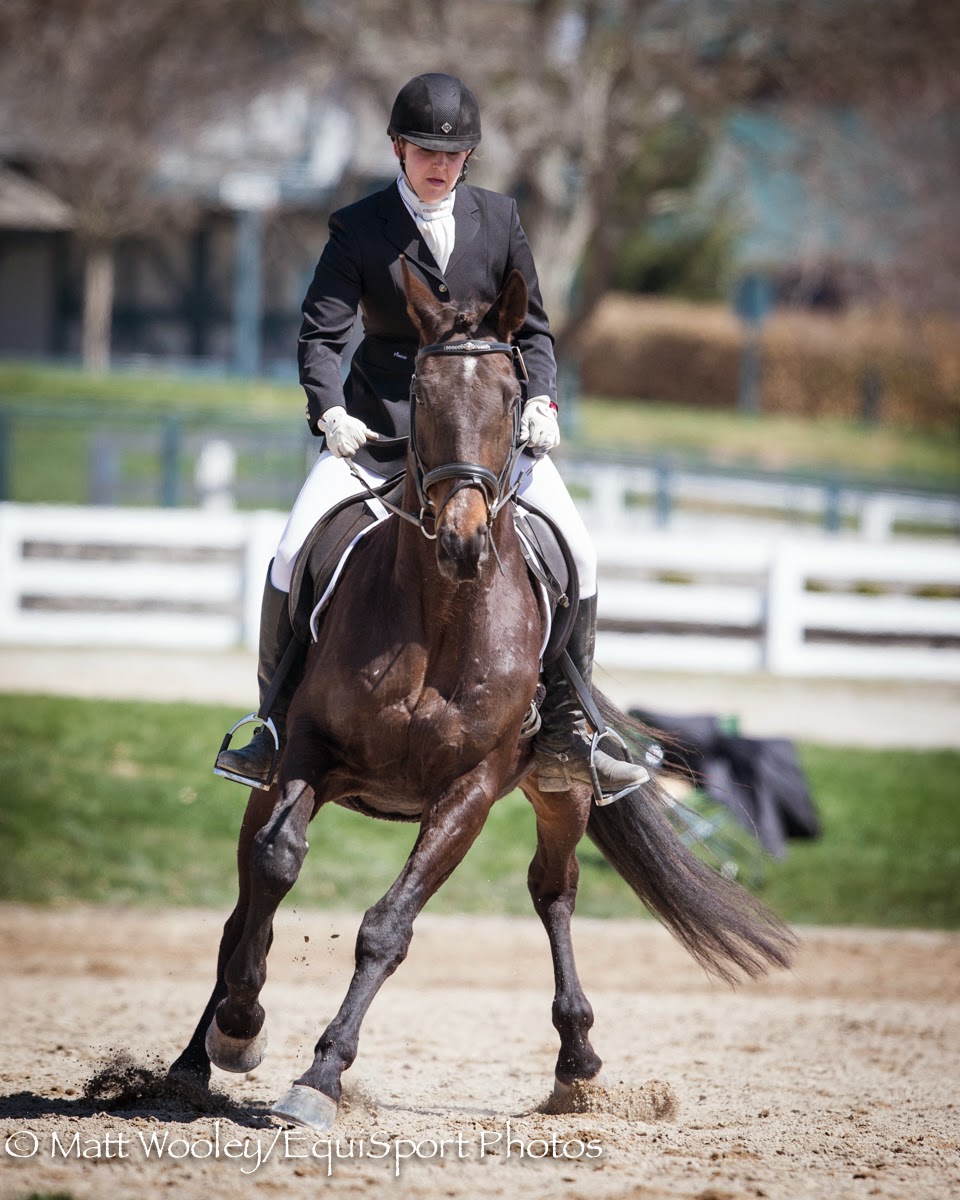 Seemed it was horses coming at him during warm up that upset him the most. His nerves were rattled. But he did get through his test and I give him a ton of credit for trying so hard when every fiber of his being wanted to go home. Here is a video of his test:

.
I was elated he did it! I knew how hard it was for him but he did it! I was busting with pride! I see potential and I think we can work with his fears! 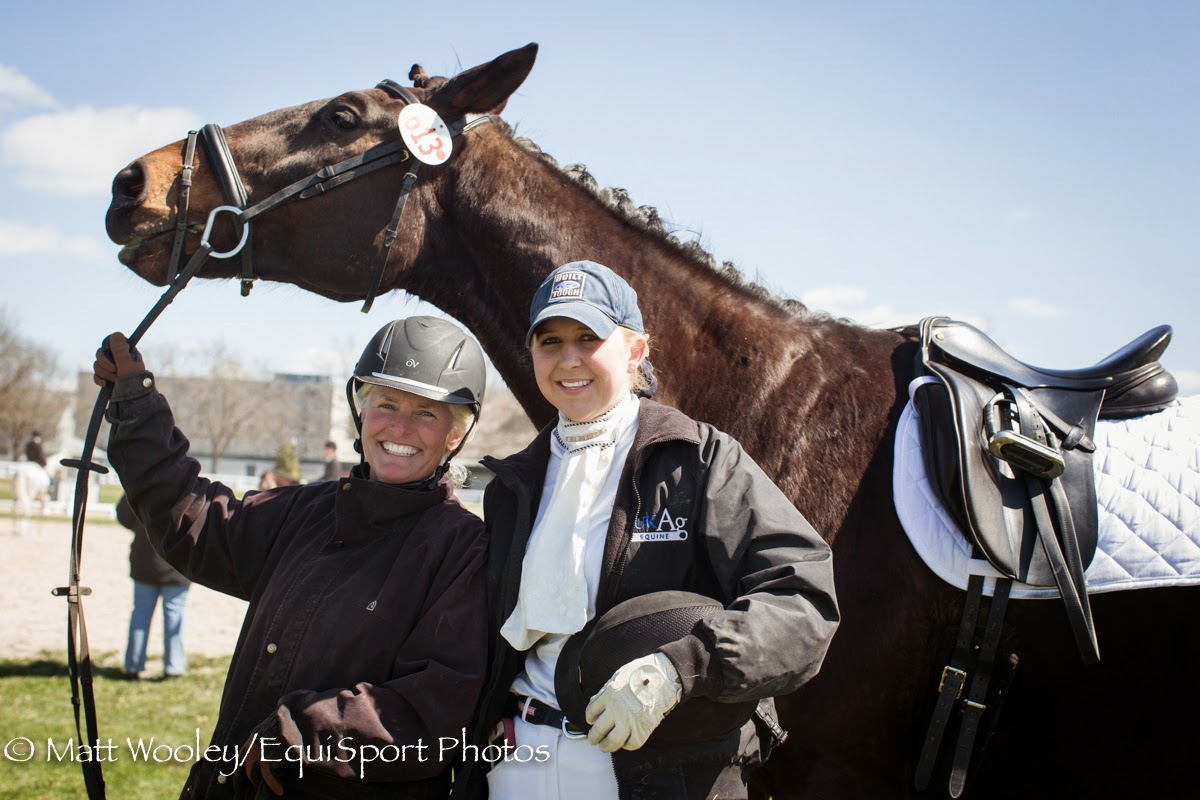 The photo above cracks me up because I'm the only one who is so happy! Noodle wants to go home, Emily's abs are killing her from riding him defensively for so long and I'm cheesing it from ear to ear! I love them both!

I also want to do a shout out to my friends at our new barn. What a wonderful and supportive group of people! Many of them were showing too, we went to the show as a group and hung out as a group. Their support gave me much more confidence that I was doing right by my horse. He can overcome this with miles under his belt. I loved that my first show was with such a great group of friends!

Finally, I must say that I could not have done this without the support of my husband who likes to refer to himself as "stable boy" at horse shows. He was a trooper and he took wonderful photos to document our weekend.

We have plans for another show and plans to manage Canoodler's fears now that we know them. I bet we will improve.