My Last Day At Keeneland

Sunday was my last day for being at Keeneland. It's time for me to head back to my Michigan home and get my boys back to work. So I wanted to try to capture a whole lot of things about Keeneland. I dragged Matt back for "sunrise services", my favorite time to be at the track. The track was noticeably quieter with many horses/people taking the day off. But there were still some people and horses around working... 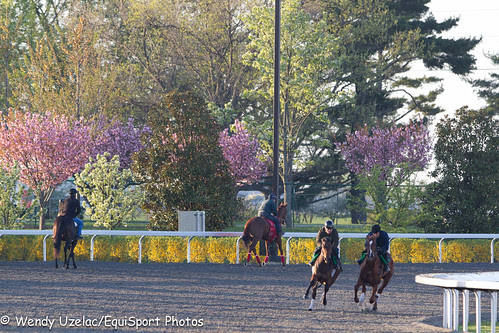 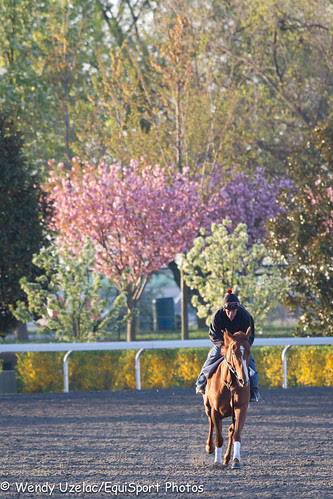 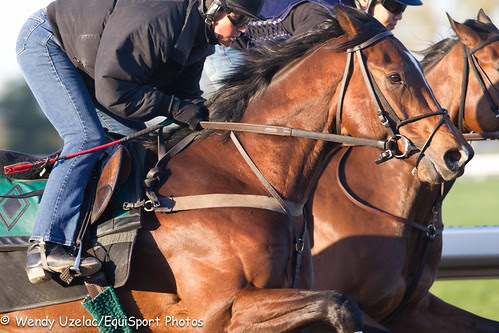 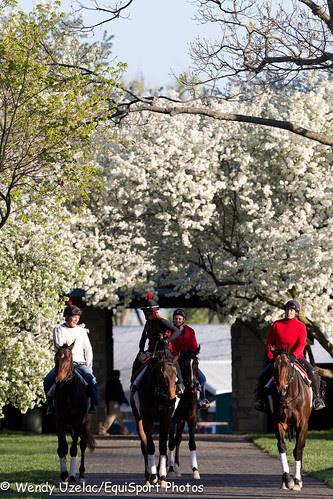 and one young man who was with his grandfather, checking out the row of Lawn Jockeys and their signs 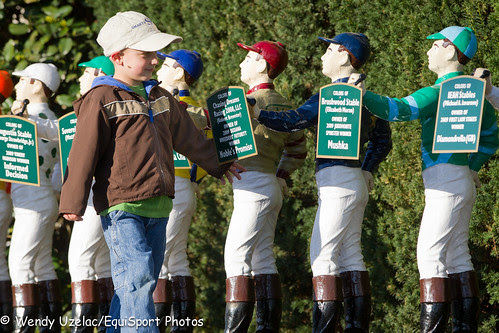 Then we bumped into Hall of Fame Trainer Jonathan Sheppard as he followed two of his horses out to the track. His horses were going to breeze in company (a timed work) and his routine is to have the horses paddock school before going to the track. That way the horses get use to a routine when they have a serious work. 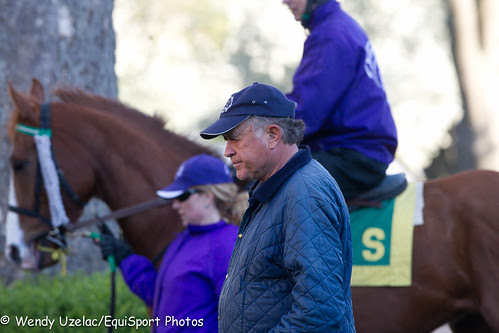 Jonathan Sheppard is a super nice guy and his assistant trainer, Barry, is equally nice. We often say hello to them and stop by their barn. On this day we saw Forever Together hanging out in her stall and about to be walked around the shedrow. What was interesting is that she handles easier if a rider is on her, so she was tacked up but Barry told us she's only walking the shedrow and about her preference for a rider on her back for the walk. Everyone has their quirks...

Julian Leparoux was on one of the horses, a smallish bay filly. Jonathan told us her name is Rainbow View and she was Champion 2 yr old a couple years ago in England. She has been shipped to the states to race here for her 4 yr old season. And I'm afraid I cannot remember the name of the chestnut which Barry (purple Breeders Cup jacket) was riding... 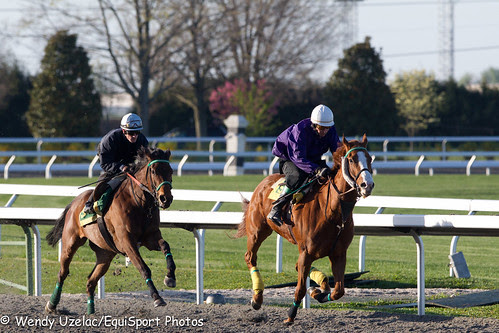 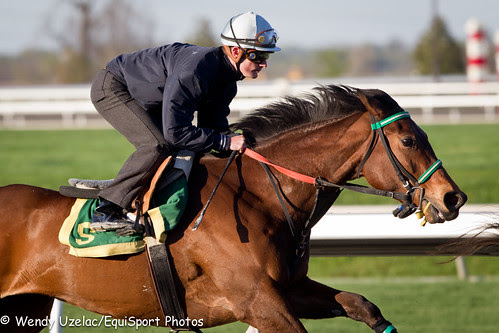 Rainbow View put in a good move, she was started a few lengths behind the chestnut, and passed them at the finish. She's a tough little girl! And oddly, she's by Dynaformer who typically has HUGE progeny. Go figure.

Lastly we went out to the track and we happened to run into Negligee, one of the favorites for the Kentucky Oaks (the race on Friday of Derby weekend). She was looking quite nice as she galloped around the track with her exercise rider. 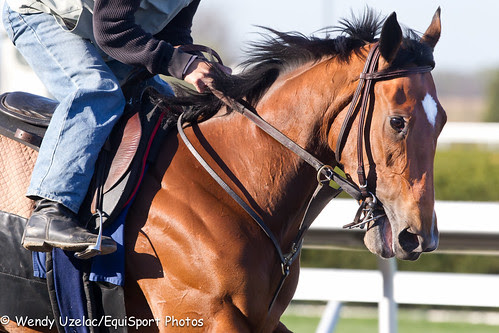 Later that afternoon, we went back to the track to catch the feature race, an allowance race which had a field full of stakes caliber horses. One of the stars making a return to the track for the first time this year was Stardom Bound. A lovely gray mare who has been very competitive in the past but not so much on this day. Here she is being led back to the barn after finishing way back in the pack 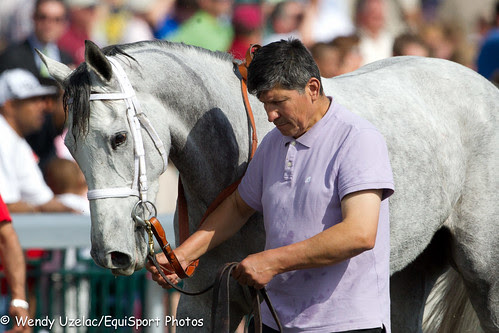 and the winner was a horse named Keertana. Keertana edged out one of the favorites, a Jonathan Sheppard trained horse named Fantasia (Fantasia has the same connections as Rainbow View - Both are George Strawbridge homebreds). Keertana looked tough in this race as does Go Go Gomez. Just look at his expression! 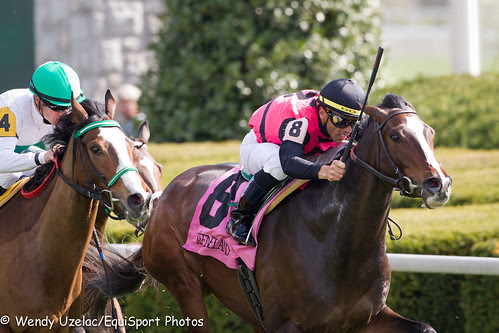 So that ended my spring stint at Keeneland. There are a couple more weeks of racing for the meet but I have to tend to the rest of my life. My boys will be happy to see me. :)

And I'll be back to blogging about our retraining efforts.

As for Kentucky, I'll be back starting Derby week and I may get out to shoot Rolex too. FUN!
Posted by Wendy at 7:55 AM