Matt and I headed out for "Sunrise Service" (aka morning works) and we were shadowing a horse that an owner hired Matt to shoot. It's his very first race horse and he wants to document everything about her as a keepsake. So off we went to meet our subject... 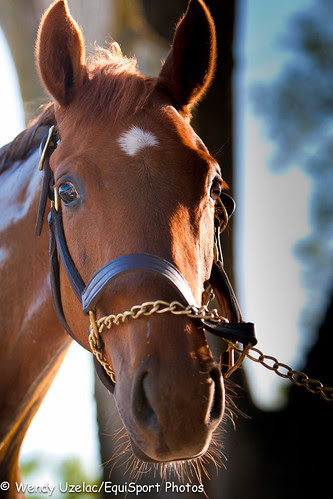 You can see her cute whiskers and red eyelashes. So sweet! And a super kind personality to boot.

We watched her gallop at the track. As a two year old she is still getting used to all the activity. She's handling it very well. 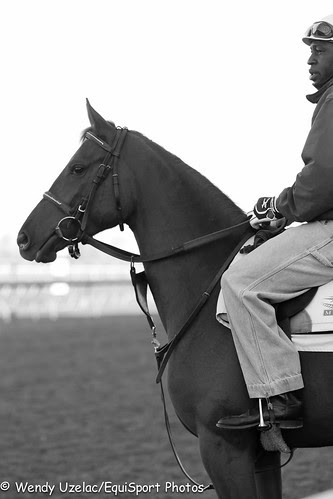 I think she's pretty and she's with a good trainer, Kenny McPeek. He has a reputation for picking out good young racers at the sales. Best of all, he helped a group of us get a horse named Ask The Lord, who was on the infamous "Top Bunk List." Ask The Lord now has a home at the Blackburn Correctional Facility helping inmates rehabilitate.

After shooting pics of our girl, we headed to the press room to secure a spot. It was only 9:30am and it was beginning to get crowded.

We hung out, until race time and went out to shoot the 4 stakes races featured on the day. I had some not so great photography efforts in the first two races but I was on the mark for the last two which were the biggest ones.

Here is Wasted Tears winning the Jenny Wiley Stakes over the sentimental crowd favorite Forever Together: 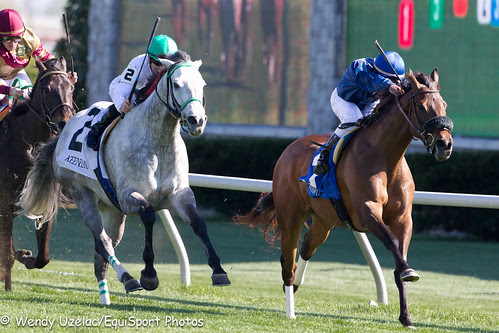 Then I managed to hit a homerun for the featured race, the Blue Grass Stakes. Typically the winner of this race will head to the Kentucky Derby. Stately Victor won and was the longest shot to ever win this race at odds of 40-1. Just check out the reaction from jockey, Alan Garcia. 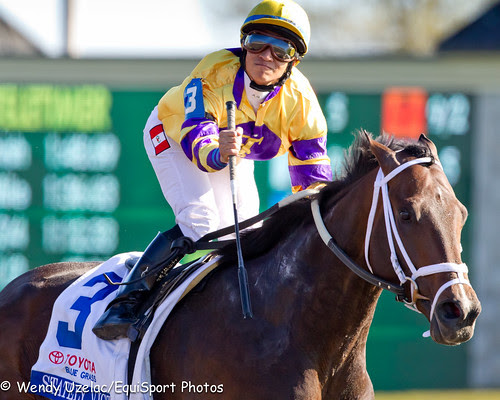 He's one happy guy who now has a horse in the Derby.

Afterwards, Matt and I uploaded and edited our photos and got them out to the media. I had my Jenny Wiley Stakes photo make the brisnet website and my shot of Alan Garcia's fist pump was on the Thoroughbred Times Today (a subscription only part of the website). I'm pretty excited about that!