Ollie's past and The Michigan Equine Foundation

I had a crazy weekend which included offering up a photo session as a silent auction item for a fundraiser/educational seminar for the newly started Michigan Equine Foundation. My vet, Dr. Tanja Molby, is one of the people behind this program and I told her I'd do what I could to help out. What I didn't know was that my parents wanted to come up and visit. So I was juggling time with my horses, time with my parents and some time at the fundraiser.

My boys are doing well. I found out some information about Ollie which makes me want to dig in a little deeper to find out more. One of my friends in Baltimore that discovered Ollie for me ran into his last trainer at the races, Scott Lake. She went up to him and asked if he remembered Hola C Bright. He knew him immediately and said, "Yes... a nice gray horse." She told him he found a new home and was doing well in dressage. He was genuinely happy to hear that and he told her a story about him. He said that Ollie developed a serious problem (my friend couldn't remember what it was) and that his owners at the time wanted to put him down because of it. Scott said he convinced them that with time he would be just fine. They must have listened! I'm glad they did! But now I'm very curious (for many reason) as to what the problem was. I'm guessing it's when he ripped off part of his heel and hoof. That had to be a big bloody, awful mess because the scar is NASTY. But he's absolutely sound!

I hope I run into Scott Lake somewhere at the races this year! I want details!

Now for the fundraiser... It was a mix of demonstrations and educational clinics along with a silent auction. 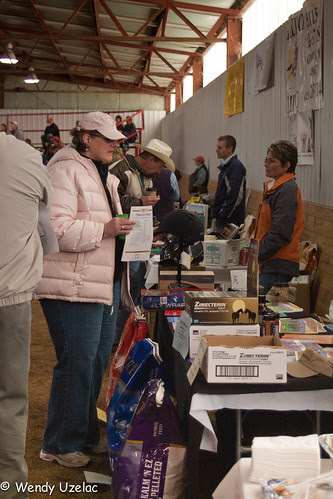 These kids were selling bake goods to raise money: 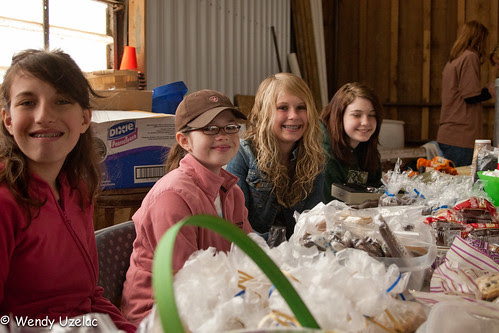 and through the help of a local artist (Tina Evans), some kids made drawings of horses and turned them into note cards and a calendar. 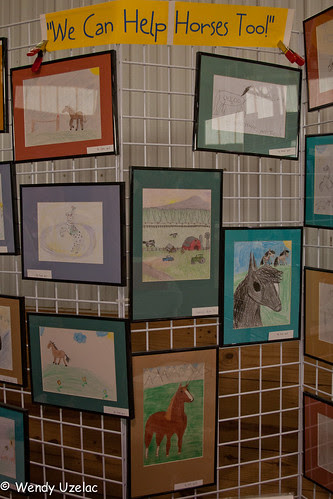 My flash was not working for some unknown reason but here is my vet giving a seminar on Laminitis: 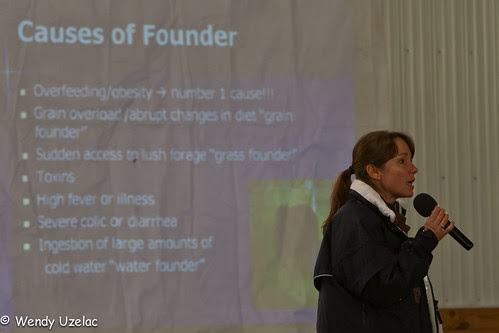 Then Betsy gave a dressage demo on her horse Tanner. I went outside to get some nice shots of her warming up: 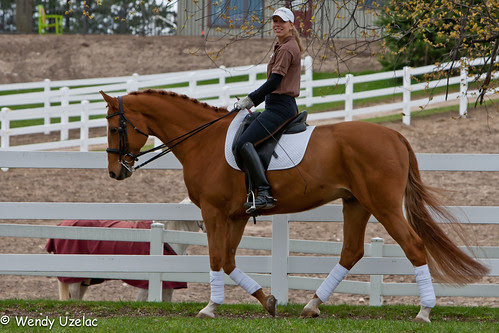 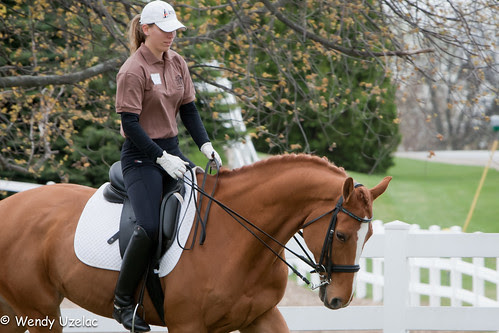 and then she went inside to get mic'd up and begin. In this picture, Betsy is being helped out by her fiance, Brian. Guess which couple will be taking wedding photos this summer for them... :) 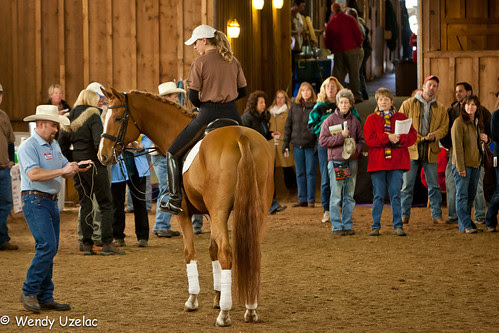 I love when Betsy gives a demonstration because she explains the macho beginning of dressage as training for fighting on the battlefields. She will ride canter piorettes holding the reins in one hand and using her whip like a sword in the other. It was also a very long time before women were allowed to ride dressage because it was too masculine of a sport... 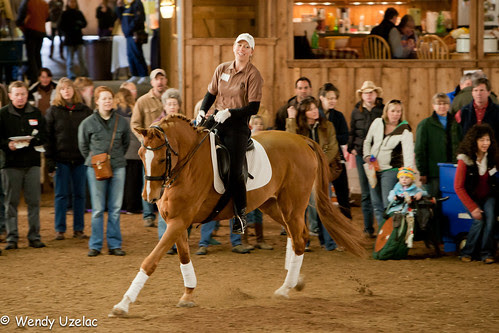 We had a nice size crowd! 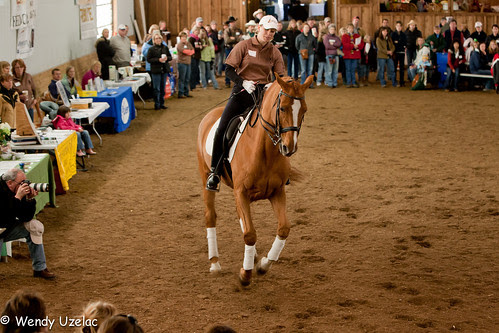 And at the end, Betsy and Tanner gave the crowd a bow - 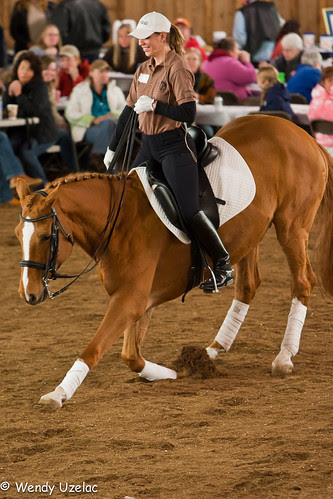 I'm not certain how much money was raised but I have to believe it was a good start. I'm proud to be part of a compassionate equine community!
Posted by Wendy at 8:12 AM