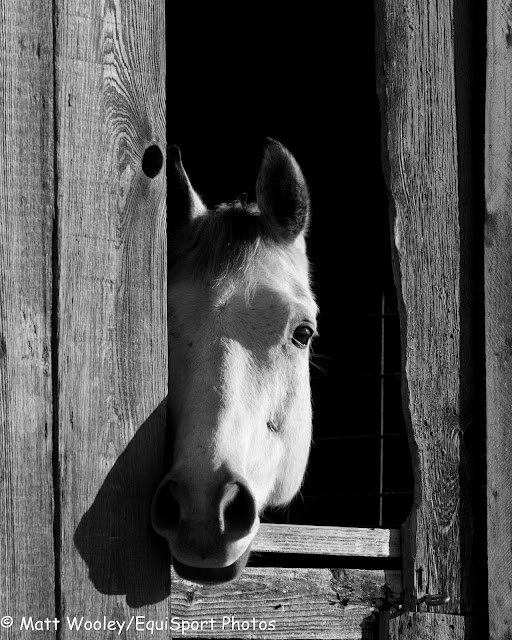 I think I've had a revelation in regards to working with Ollie.

Before I get to my revelation I need to tell you a basic assumption I have about him. He's a worrier. He relies on routine and being around other horses and people he trusts. His worrying puts him at high risk for stomach ulcers. When he has ulcers he's fidgety and uncomfortable.

I'm doing everything I know to combat his ulcers. I've purposely found a barn that is quiet, he has 24/7 turnout in a large pasture. I'm very lucky to have found a place like this! This has resulted in a much more calm and happier Ollie who seems to be ulcer free at the moment.

I'm his sole caretaker. That alone has done wonders for his trust in me. The added bonus is Toby. Toby has an ability to settle Ollie whenever he begins to get a little worried.

Bottom line is that Ollie's been very easy for me to work around. 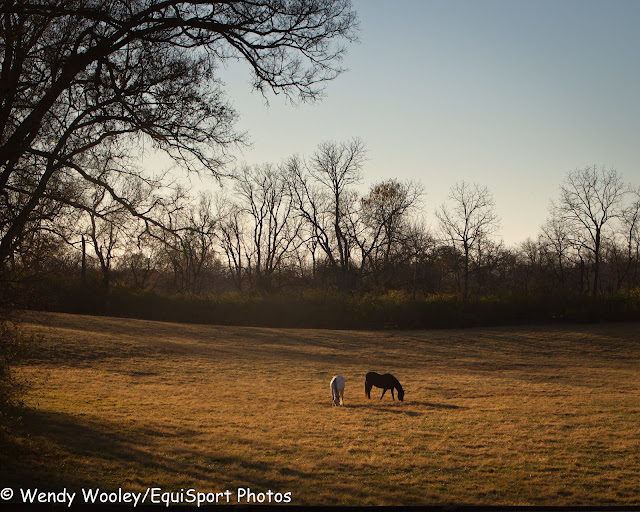 Lately, I've wanted to have both my guys become more familiar with the rest of the property. I believe there's about 100 acres total. Since neither of my guys like to be out of sight of the other when they go into the "unknown" I thought it would be a good idea to have them both go for a hack. I tack both of them up and I get on Toby and pony Ollie. This has been great. Both of them act better than if they were alone. It's a great case for "two heads are better than one." You may wonder why I tack up Ollie. I do this because I want to go through the exercise. Ollie's stress level rises as soon as you begin to put equipment on him. I want him to learn that just because he has equipment on does not mean we're going to strain his brain from asking things of him. He loves the hacks! The property has lovely rolling hills, the unused pastures have their gates open and there are fun easy obstacles we can tackle such as an itty bitty creek that happens to be dry right now. Both Toby and Ollie are enjoying the walk/trot-abouts. And the bonus is that I'm getting two horses worked at once.

After the ponying, I untack Toby and put him in his stall. Then I get on Ollie for a short ride. He loves to walk/trot around the barn and the property. The minute we enter the sand arena I can feel his body tense up and stress level increase. I just ask him to walk around on a loose rein but the second I touch the reins he'll break into a trot and go sideways. When I leave the arena, I can pick up the reins and put leg on him and he's relaxed and listening to me!

So here's my revelation... Ollie is sour to the arena! I can work him out in a field and he listens to me but we go into an arena and his pea brain starts to work overtime trying to think of what I'm going to ask next. I've decided that I'm going to work him in the fields and try cooling him out in the arena. I need to change his attitude about the arena! We'll see how this works. I also need to keep things fun for him. A little work followed by a fun hack and eventually we'll ease into more work before we do a hack.  The hacks around the property are definitely right up his alley.

Funny but I was always afraid that Ollie would be crazy outside of the controlled arena. Now I've discovered he's just the opposite. I bet he would enjoy going cross country or even hunts! Funny what you discover when you listen to your horse.
Posted by Wendy at 10:19 AM