Ok, I know, this is a blog about my horses and their retraining efforts. However, my work as a golf administrator for the USGA has me doing a bit of traveling this month so I won't be writing much about the boys and their extended vacation with their hooligan gang of geldings.

However, since the Winter Olympic games are about to begin, I thought everyone would like read about a little road trip I made to nearby Gaylord, MI. Home of the Otsego Club who has one of the few Olympic size snowboard 1/2 pipes around. This attracted many olympic teams.

Of course this presented me with a very cool photography opportunity. My problem is that I didn't know too much about snowboarding and who the "in" snowboarders were. The only guy I had heard of was the Flying Tomato, Shaun White.

I did some research and found out what teams were going to be around when I went out. Finland was one of them. Turns out that Shaun White's toughest competitor is a young man named Peetu Piiroinen.

So off I went (actually "we" went since Matt was with me) for a little photography adventure.

We found Peetu with no problem.

Matt spoke with the Finnish coach who was very nice to us and put up with some of our questions.

Peetu was practicing again and again while Matt and I were shooting...

That last photo became this photo from Matt's camera: 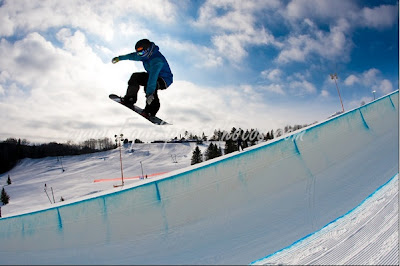 It was a great time and Matt and I will be cheering for our new friends, the Fins! Go Peetu!

If you are interested in seeing more of our photos of Peetu, the Fins and even some of the Spanish Team members you can see them here (mine) and here (Matt's). 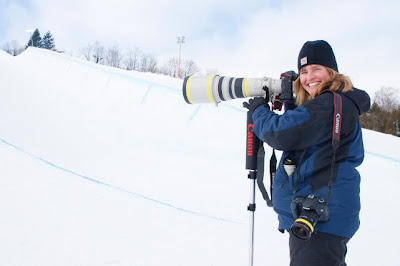 I swear those guys can fly!